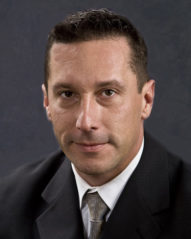 Brian is experienced in the preparation and prosecution of U.S. non-provisional, continuation-in-part, continuation, divisional reissue, and divisional patent applications in the chemical, mechanical, electrical and electronic arts. He is knowledgeable in the preparation and filing of IDSs, RCEs, Requests for Reconsideration, Amendments, 131 and 132 Declarations, Notice of Appeals, Pre-Appeal Brief Requests for Review and Appeal Briefs. He conducts telephonic and personal interviews with the United States patent examiners on behalf of his clients. Brian has done extensive work in the management of foreign patent applications extending from the nationalization of international patent applications under the provisions of the Patent Cooperation Treaty (PCT). He also renders non-infringement opinions, patentability opinions, and freedom-to-operate opinions.

Brian has also conducted trademark searches, rendered trademark opinions and filed trademark applications in the United States Patent and Trademark Office. He has prepared and reviewed licensing and purchasing agreements for patents and trademarks.

THE RISE OF BLOCKCHAIN IN PATENT AND TRADEMARK USPTO FILINGS

See More
We use cookies to ensure that we give you the best experience on our website. If you continue to use this site we will assume you consent to our cookie policy. Learn more.