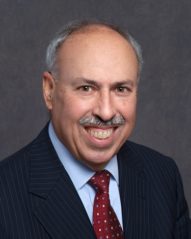 Mark L. Weyman dedicates his practice to a wide range of corporate and commercial litigation matters. He has extensive experience in trials and arbitrations as well as appellate work.

In the area of antitrust, Mark has been lead counsel for Toys “R” Us and Babies “R” Us in the defense of class action antitrust claims alleging multiple price fixing conspiracies. He also represented Toys “R” Us in opt out actions against Visa and MasterCard in antitrust litigation relating to debit cards.

Mark is experienced in both defending and prosecuting class actions. His recent representations include defense of multidistrict FACTA litigation on behalf of Century 21 Department Stores, and consumer class actions on behalf of Dick’s Sporting Goods, Casual Male, Pep Boys, and The Gap.

Mark also represents shareholders and their companies in disputes concerning closely held corporations.  He recently prevailed in an arbitration on behalf of a shareholder squeezed out of his company.

Mark has litigated many cases involving contracts, fraud and breach of fiduciary duty claims.  He has represented both plaintiffs and defendants, as well as parties in arbitration.  Recently, he advised several top international trading and commodity companies concerning contract disputes under New York law. Mark also defended Toys “R” Us in a fraud and contract based litigation.  He successfully defeated the fraud-based claim, and the matter  was resolved in mediation.

In the area of internal investigations, Mark represented the Board of Directors of Arochem Corporation in an internal investigation of fraud by its former CEO and CFO. He also represented the company in its subsequent bankruptcy. The case involved the first prosecution by the United States Government of a continuing financial crimes enterprise.  Mark led the cooperation by the Company with the United States Attorney, culminating in the successful prosecution of the former CEO.

Mark’s experience also includes both defense and prosecution of securities litigation, including class actions and derivative actions involving shareholder and bondholder claims; representing plaintiffs and defendants in malpractice litigation; and successfully resolving many cases and disputes through mediation and arbitration.

Mark L. Weyman has earned the Martindale-Hubbell AV Preeminent® status. A description of the selection methodology can be found here.