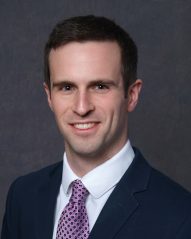 William has represented both individual and corporate clients in all facets of immigration law.  William has appeared on behalf of clients in deportation proceedings before immigration courts throughout the country, including in New York, New Jersey, Pennsylvania, and Virginia.  William has represented numerous clients before both the U.S. Citizenship & Immigration Services and Board of Immigration Appeals, and conducted oral arguments before the Second Circuit Court of Appeals.  William has completed and advised on a host of permanent residence visas, including green cards for family members of United States Citizens (both consular processing applications and adjustments of status within the United States), and EB-1, EB-2, EB-3, and EB-5 visas for business managers, executives, other professionals, and investors (including PERM labor certifications, when needed), as well as a wide range of temporary visas, including B1/B2 visas for visitors and tourists, F visas for international students, K visas for fiancé(e)s of United States Citizens, L visas for both international corporations and their executives and managers, U visas for victims of domestic violence and other serious crimes, TN Visas for professionals from Canada and Mexico, applications for asylum, applications for cancellation of removal from the United States for both permanent and nonpermanent residents, and many more.  William represents clients at all stages of proceedings before the immigration court, including obtaining bail for detained individuals and applying for relief from deportation, as well as petitions and applications before the Departments of State and Homeland Security.  William has represented clients from six continents spanning the entire globe, including: Mexico, Canada, and El Salvador; Brazil, Colombia, and Argentina; France, Germany, and the United Kingdom; Senegal, Egypt, and Ghana; China, Japan, and the Philippines; and Australia.

William is also active in his community on immigration matters, helping to write a town ordinance protecting immigrants from discrimination.  William has also advised education professionals on how to help ensure that immigrant students feel safe in school.

Prior to that, in law school, William was selected to join his school’s prestigious Moot Court Honor Society.  As a part of Moot Court, he earned the Joseph T. Tinnelly Best Brief Award for his year, and was twice chosen to argue in the Philip C. Jessup International Moot Court Competition, the largest and most respected moot court competition in the world.  While an undergraduate student, William worked for the Claremont Courier, a Los Angeles-area newspaper, where he covered numerous areas as a journalist, including U.S. Congressional campaigns, immigration in Southern California, healthcare and abortion rights, and more.  He also interned for a New York labor and employment law firm and worked as a public relations representative for the Harlem Children’s Society, promoting a New York-based organization that helped bright children from underprivileged backgrounds and communities pursue college degrees and careers in math and science.

Immigration Attorney William C. Menard Recognized by the New Jersey Law Journal as a “New Leader of the Bar”

U.S. to Begin Collecting Social Media Information on All Immigrants

Trump and the GOP Planning to Cut Legal Immigration in Half

Immigration Weekly Round-Up: Attorney General Expands Eligibility for Asylum; Employment to Be Authorized for Immigrants Who Are Victims of Crimes; Biden to Continue Family Reunification Efforts

The Weekly Round-Up: DACA to Be Reinstated and Large-Scale Employer Raids in the Midwest

The Weekly Round-Up: New Jersey Schools Sued over Immigration Enrollment Policies and Worksite Enforcement, Plus Raids up over 400%

The Weekly Round-Up: Asylum Claims Based on Gang and Domestic Violence Rejected at Border and Microsoft Threatens to Move Employment Abroad

The Weekly Round-Up: Those Crossing Border to Be Charged with Federal Crimes and Home Care Industry to be Deeply Impacted by Limits on Immigration

The Weekly Round-Up: ICE Clarifies Policy on Detention, State of the Union Highlights Immigration, and Twins are Born, but Only One is a U.S. Citizen

U.S. to Begin Collecting Social Media Information on All Immigrants

NEWS UPDATE: Top Democrats Say a Deal Has Been Reached with Trump Regarding DACA and Border Security

Trump and the GOP Planning to Cut Legal Immigration in Half

How is the Immigration Crackdown Affecting the Kentucky Derby?

William C. Menard was selected to the 2020 Super Lawyers list. The Super Lawyers List is issued by Thompson Reuters. A description of the selection methodology can be found here. No aspect of this advertisement has been approved by the Supreme Court of New Jersey. 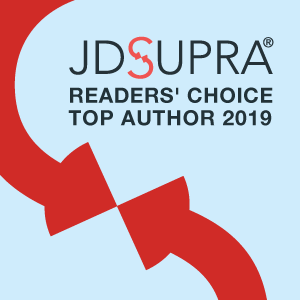 William C. Menard was selected to the JD Supra 2019 Readers Choice Awards list. A description of the selection methodology can be found here. No aspect of this advertisement has been approved by the Supreme Court of New Jersey. 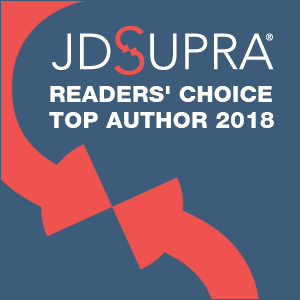 William C. Menard was selected to the JD Supra 2018 Readers Choice Awards list. A description of the selection methodology can be found here. No aspect of this advertisement has been approved by the Supreme Court of New Jersey.